As someone who has signed dozens (hundreds?) of books for inmates and corrections guards and officials over the years, I was fascinated to learn Black Brothers, Inc.: The Violent Rise and Fall of Philadelphia's Black Mafia (Milo 2005/07) appears on the January 23, 2018 list of books banned by the North Carolina Department of Public Safety.

I haven't tracked this at all, and during a recent search also discovered BBI was vetted and approved by the Washington State Department of Corrections despite being depicted, among other things, as advocating "violence against others and/or the overthrow of authority".  I suppose this was simply loose bureaucratic wording because the "Committee decision" of 8/27/17 correctly notes, "Historical account does not advocate violence".

I recently learned the Kansas Department of Corrections has BBI on its list of banned books (no reason is cited on this list). 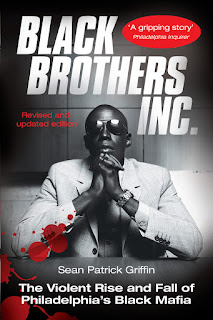