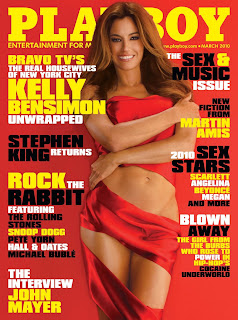 I was interviewed some time ago by journalist/author Frank Owen for a piece he was writing on the Philly underworld.  In particular, he was examining the widely-publicized murder of party promoter Rian Thal and the sociology of the area's drug trade.  The lengthy and compelling article appears in the March 2010 issue of Playboy.  Though for obvious reasons I can't link to the article on this quasi-academic blog, the Black Brothers, Inc. mention appears in the following context:

"As one of Philadelphia’s top party promoters, Thal was privy to powerful personalities in the entertainment industry and in the drug underworld. She stood at the nexus of a trickle-up economy, an intermingling of dirty and clean money. 'You see those worlds intertwined all the time in Philadelphia, going back to the 1960s,' says Sean Patrick Griffin, author of

I have been so consumed with putting the finishing touches on my forthcoming book on the NBA betting scandal that I haven't posted about the ongoing cases against Kaboni Savage and Dawud Bey.  The Philadelphia Inquirer and Daily News cover Bey's guilty plea in today's papers.  Savage and Bey are given considerable attention in my Black Brothers, Inc.: The Violent Rise and Fall of Philadelphia's Black Mafia (Milo, 2007).