Barry Michael Cooper has a featured interview with Tariq Trotter (aka Black Thought of The Roots) in The New York Times ("The Roots' Black Thought on Philadelphia Style.  And His Beard," 11/1/17).   The piece includes the following from Trotter/Black Thought:

My dad, Thomas Trotter, was murdered before I was a year old. From what my family members and those who knew him have told me, he was a good man, very kind to my mother and very chivalrous. Opening doors for women, very respectful. But he was also feared. My dad grew up in the Germantown section of Philadelphia and was associated with Mosque No. 12, which was also the birthplace of Black Brothers Inc., a.k.a., the Philadelphia Black Mafia. Years later, I discovered that my dad’s body was found near an alley in Germantown.

Readers of Black Brothers, Inc. The Violent Rise of Philadelphia's Black Mafia (Milo, 2005/07) are familiar with Thomas Trotter, and especially with the murderous syndicate and its ties to the Nation of Islam's infamous Mosque No. 12. 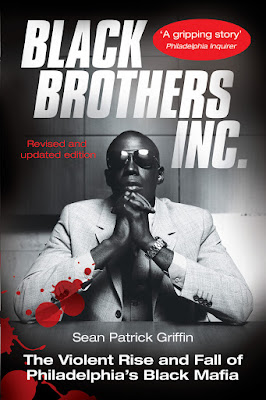