Some may recall that of the dozens of media interviews I entertained for Black Brothers, Inc., by far my favorite was the one conducted by the Pennsylvania Cable Network's Brian Lockman  for their popular "PA Books" program.  You can thus imagine my delight when I was invited to appear on the program with him to discuss Gaming the Game: The Story Behind the NBA Betting Scandal and the Gambler Who Made It Happen (Barricade, 2011).

The 1-hour interview airs for the first time on Sunday, May 1st at 9pm.  The program may also be viewed via live streaming video at www.pcntv.com, and will be posted as a podcast on the website for one week (beginning the Monday after the initial airing).  The wide-ranging interview discusses everything from the NBA betting scandal (including the credibility of former referee Tim Donaghy) to the underworld of big-time sports gambling to the ongoing debate about the legalization of sports wagering.

The Los Angeles Times had a fascinating (and, depending on your perspective, disturbing) piece this week which began:


A thriving online poker industry catering to Americans but operating from abroad to evade U.S. gambling laws could be wiped out by criminal charges against top executives in the business.  Eleven people, including the founders of the three largest poker sites open to U.S. players, were charged by a federal grand jury with bank fraud, money laundering and violating gambling laws. The government also is seeking to recover $3 billion from the companies. The FBI had shut down two of the sites, Full Tilt Poker and PokerStars, by Friday evening and were working to do the same with the third, Absolute Poker. Online visitors were greeted with a message saying, "This domain name has been seized by the F.B.I. pursuant to an Arrest Warrant," and an enumeration of federal anti-gambling statutes and penalties.  An estimated 8 million to 10 million Americans play poker online for money; thousands of them earn their living on the sites, according to a players advocacy group.  Congress tried to shut down the industry by enacting an anti-gambling law in 2006, but most sites found ways to work around the vaguely worded measure.

Other coverage included an interesting piece from The Hill, which quotes Rep. Barney Frank (D-Mass.) commenting on the events. Frank has long been a leading advocate for legalizing online gambling.

I was interviewed about the matter by Gambling Compliance, which describes itself as "a team of legal, regulatory and finance professionals who specialise exclusively in providing high level and independent analysis of the global gaming market to our clients...The team is based in the USA and Europe and we pride ourselves on providing the most comprehensive, accurate and up to date information services coupled with cutting edge technology and world class client support."

In short, I was asked whether the arrests and the possible seizing of assets should concern offshore sportsbooks which are in very similar circumstances to the online poker sites targeted this week (based outside the U.S. though with a significant clientele [and typically at least some portion of the operation] in the States).  The piece, penned by James Kilsby, is available to subscribers only, but the takeaway is as follows.  My opinion, shaped in no small part by my interviews with federal law enforcement officials during the research for Gaming the Game, is that offshore sportsbooks should be very worried.  For whatever reasons (perhaps the dire need for funds to help offset the government's financial woes, as some have posited), the feds have apparently taken an interest in offshore sites that everyone knew about long ago but which were never the subject of serious enforcement scrutiny until now.

Here is a Bloomberg TV interview of Kilsby, an editor for Gambling Compliance, about the momentous events:

As many people know, the topic of Philadelphia's Black Mafia has its own Wikipedia entry - "Black Mafia".  I probably should have publicly commented on this matter long ago, but for whatever reasons reserved my critical remarks for lesser forums.  I keep (wrongly!) assuming that readers know Wikipedia is most often not a valid source of information - and even when it is, we have little reason to know this is the case.  Here, then, are some comments about the entry which so often mentions my work as the basis for its content.

For starters, the entry's title, "Black Mafia," is troublesome since it suggests to some there is or was a monolithic African-American organized crime group operating throughout the U.S.  Though the syndicate had operations and contacts in various cities, the majority of its significant activities took place in and around Philadelphia.

I have checked the entry intermittently for some time to see where some of the questions I receive originate.  My overall sense of the entry probably mirrors what is true of the entire site, namely that it is somewhat true and somewhat properly sourced...and yet seriously flawed and wildly inaccurate (particularly depending on how long it has been since someone at least attempted to edit the piece in consideration of certain factors).  As I type, the very beginning of the entry ("Overview") includes historically inaccurate (though typical street legend) commentary which is presented as fact.

Indeed, for months the Black Mafia entry included a detailed description of the group's relationship with a wholly fabricated Italian-American crime family (I am convinced to this day that one of my many former students penned the bogus material as a means of "testing" Wikipedia, since I have often joked in class about performing such a stunt out of curiosity).

I won't waste time commenting about the current, significant flaws in the entry simply because by the time I post this, they may not appear!  It is Wikipedia we are discussing, after all.

In closing, I should note that despite my serious concerns about the Black Mafia Wiki entry, the site's take on another of my research projects - the 2003-07 NBA betting scandal - is far worse!  Wow.  As such, I highly doubt I'll ever take the time to address its many errors, and will simply hope that interested parties consult Gaming the Game: The Story Behind the NBA Betting Scandal and the Gambler Who Made It Happen and the related blogs (see here and here). 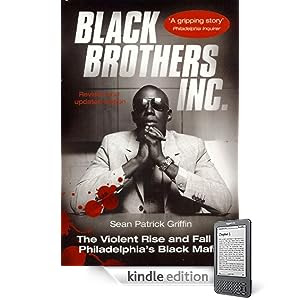 I can't guess how many people have asked me when, if ever, Black Brothers, Inc. would be available on Amazon.com's popular Kindle.  Well, the moment has arrived!  I need to thank Pete Walsh of Milo Books for being so proactive with this. 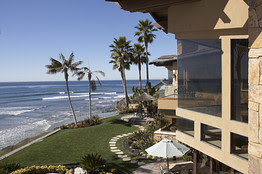 For a mere $29 million, you can purchase one of the world's most consequential sports bettor's properties (the linked WSJ piece includes insights into his vast enterprise).

Gaming the Game Q & A at Covers.com

The latest interview regarding Gaming the Game was published yesterday on Covers.com, a popular and influential web site covering sports and related betting information and analysis.  **Please know that when I get the time, I will be posting a commentary about what was edited out of the piece, and how such editorial decisions have adversely affected the public's understanding of the NBA betting scandal until now.

Please see here for the latest interview regarding Gaming the Game.

Gaming the Game on 610 WIP (Philadelphia)

I taped an interview with Steve Trevelise for broadcast during his show tonight (technically for early Saturday morning [4/2/11], 1:00am - 5:00am) on Philly's 610 WIP.  The segment will be re-aired during his show early Sunday (4/3/11) morning, between 2:00am and 6:00am.  As I explained to Steve during the interview, a large percentage of the writing for Gaming the Game took place with him or his fellow early morning WIP host Big Daddy Graham on in the background. 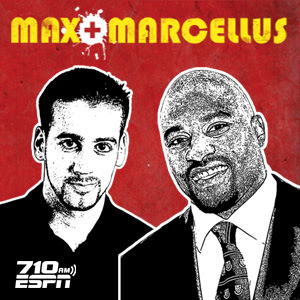 I appeared briefly (notwithstanding cell phone issues!) with Max Kellerman and Marcellus Wiley today to discuss Gaming the Game.  The "Max and Marcellus Show" airs on ESPN 710 (Los Angeles).  Podcasts of their shows can be found here.