http://nbascandal.blogspot.com/2009/11/hbos-real-sports-on-nba-scandal.html
This update is likely a sign of things to come and there will be considerable updates to the NBA scandal blog in the coming days and weeks.

A quick commentary on the fiasco regarding NBA referee Tim Donaghy's proposed book, Blowing the Whistle.

Tigre Hill/Barrel of a Gun

On occasion, I am asked about Philadelphia-based filmmaker - and muckraker - Tigre Hill. I came to know Tigre during the course of research for my Black Brothers, Inc. At the time, he and I were each concluding our respective (and independent) investigations of corruption in Mayor John Street’s administration. His work resulted in a critically-acclaimed documentary named Shame of a City. We’ve since become good friends, assisting each other on our various projects whenever possible. 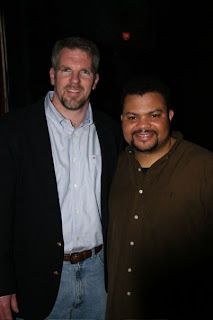 His forthcoming project, Barrel of a Gun, examines in detail the 1981 slaying of Philadelphia Police Officer Daniel Faulkner and the myriad events that followed the conviction of Mumia Abu-Jamal (Wesley Cook).


He takes his craft quite seriously and has been working studiously on this important history.  I'll be sure to offer updates as the project nears completion.